A new week is coming to an end and as usual we publish our news compilation. This is the news that has had the most impact throughout the week. Tomorrow we begin the week that will leave us already in the middle of April, two months until the next Apple Keynote.

A Keynote where the MacBook will be renewed and perhaps we will see the new model of the bitten apple, the Apple Watch 2.

Let's start this compilation with the news that talked about the new guidelines that Apple has prepared for its suppliers. Apple has been changing and adapting its standards for some years to improve the quality of the raw materials of its products and directly on the workers of these companies. For some time now, the company of the bitten apple has implemented new standards to its suppliers that help improve working conditions for employees of these companies and also improve the efficiency and quality of those raw materials that Apple uses in its devices.

If it does not do many things it is of poor quality and does not attract and if it does many it is criticized as well. We talk about the statements that the CEO of Fitbit has poured into the network about the ability of the Apple Watch to perform different actions. When those of Cupertino launched the Apple Watch, many were the manufacturers of quantifying wristbands that began to tremble fearing that the first Apple smartwatch I would take sales from the quantifier bracelets by offering the same but with many more functions. Nothing could be further from the truth. In fact, a few months after going on sale, the number of sales of quantifier bracelets skyrocketed, but especially those of the manufacturer Fitbit, a company that has been offering this type of device for more than nine years.

Another aspect that we have exposed this week is the way that Mac users can see the Live Photos on OS X. One of the options that we already announced in the beta version of OS X 10.11.4 (at the beginning of the year) was the possibility of viewing and sharing Live Photos in our Messages application, now we will see at the request of some users how to see these little recordings when they send us one to the Mac.

The first thing we have to be clear about is that to make these Live Photos an iPhone 6s or 6s Plus is required, without them we cannot make Live Photos and much less send them to the Mac. But this requirement is only for the devices with which the photos are taken, since any Mac with OX S 10.11.4 can be used to reproduce the video images.

We continue our compilation with the article that dealt with the new 2016 Specter laptop that HP has presented to overshadow Apple's MacBook. Two days ago we told you that HP had stated that I was going to present a new laptop It was going to overshadow Apple's own MacBook, and one of the things they bragged about was that it was going to be even thinner than Apple's finest. Well, the HP Specter 2016 is already among us and the truth is that it seems that HP has put the batteries in terms of design and internal hardware. 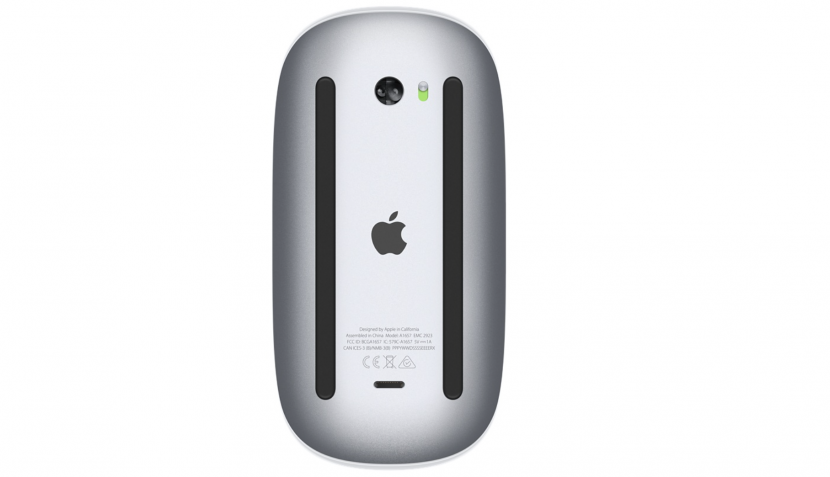 Although Apple has not presented anything new this week, we have been able to know how their patents continue to be presented and in this case they have focused on leaving the ideas of being able to use Force Touch technology in more devices well tied. In this case, the patents focus on new models of Magic Mouse and laptop keyboards.

And we come to the end of this compilation with the Apple's 40th anniversary news on an Apple Music playlist. 40 years have passed since Apple began its journey in the world of consumer computing. We hope they can continue like this for many years to come, because as many say, Apple products are already a philosophy of life.

Full path to article: I'm from mac » Apple » News » Apple Guidelines for Vendors, Force Touch Patents, Apple's 40 Years in Music, and more. Best of the week on I'm from Mac