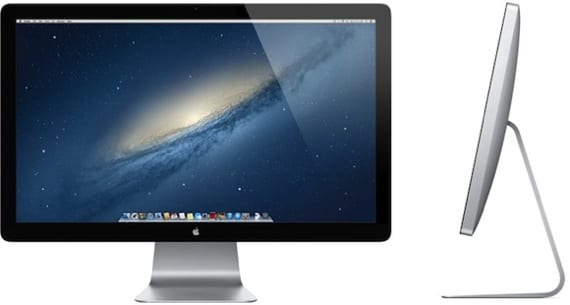 The units of the Thunderbolt Display de Apple existing in some official distributors begin to be scarce according to Mactrast reports.

Retailers such as MicroCenter, Fry, CDW, Best Buy, MacConnection, and others are reported to be experiencing these stock outs.

Several stores have reported that they have a limited stock, while in a higher number they are pending delivery or directly out of stock. The retailer Adorama has gone further and directly said that the Thunderbolt Display already I was not available.

Product shortages at authorized resellers can sometimes be an indicator of a future renewal or suspension, but for a low-volume product like the Apple Thunderbolt Display, it manages to create some baffling.

In any case, a redesign of the Thunderbolt Displays is expected at some point, perhaps in conjunction with the new Mac Pro, which is expected later this year. Its features could include capabilities Retina, support for Thunderbolt 2, USB 3.0 and the connector MagSafe 2 which was presented last year. The screen can also be redesigned with the slimmer profile and new screen assembly process that Apple introduced to the new iMac late last year.