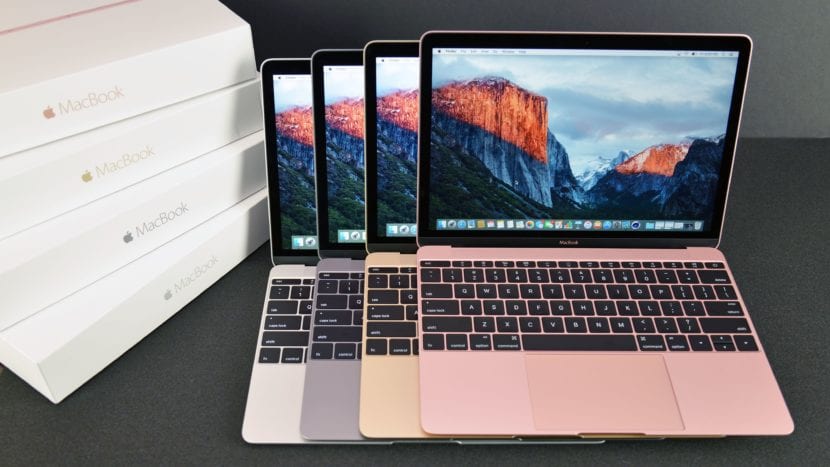 We know that it does not always rain to everyone's liking and the update of Apple's latest laptop does not seem to have seemed enough to many users who were eagerly waiting for more news, especially in design and hardware. Let's remember that Apple launched the original model a year ago on the market with the premise of being a small revolution in terms of mobility issues and not so much in relation to power or expansion possibilities.

For this same reason, only a single USB-C port and Intel Core M processors were included that although they met for an office automation and web browsing job, it wasn't as good for heavy tasks like video editing or professional work.

And that is where the perspective error that many users have is incurred, that is, this device does not pretend to be a competitor to the MacBook Pros since it has not been designed for that, but has only been oriented to simple tasks and occasionally some work that takes more advantage of its specifications and for this very reason Apple has reviewed the hardware design improving certain aspects although only as a small update.

Gone are the speculations of different media that said that it could include more ports, a different design or the inclusion of processors of more powerful families. Simply Apple has upgraded the CPU generation to an Intel Core M3 and M5 with adaptive clock speeds and up to 25% more powerful, plus faster flash storage, a slightly better battery and keeping the same USB-C port and camera. FaceTime.

The only real black point is that they have not updated the FaceTime camera which is still the same as the previous generation with 480p resolution and that we can consider it as obsolete at the moment, I just want to think that this movement responds to space needs since otherwise it is incredible that they continue to use a camera that could easily integrate a MacBook from 5 years ago.

Do you think this update has met expectations or would you have demanded more from Apple? Leave your comments about it in the lower section.

Full path to article: I'm from mac » Apple » Do you think the 12 ″ MacBook update has lived up to expectations?