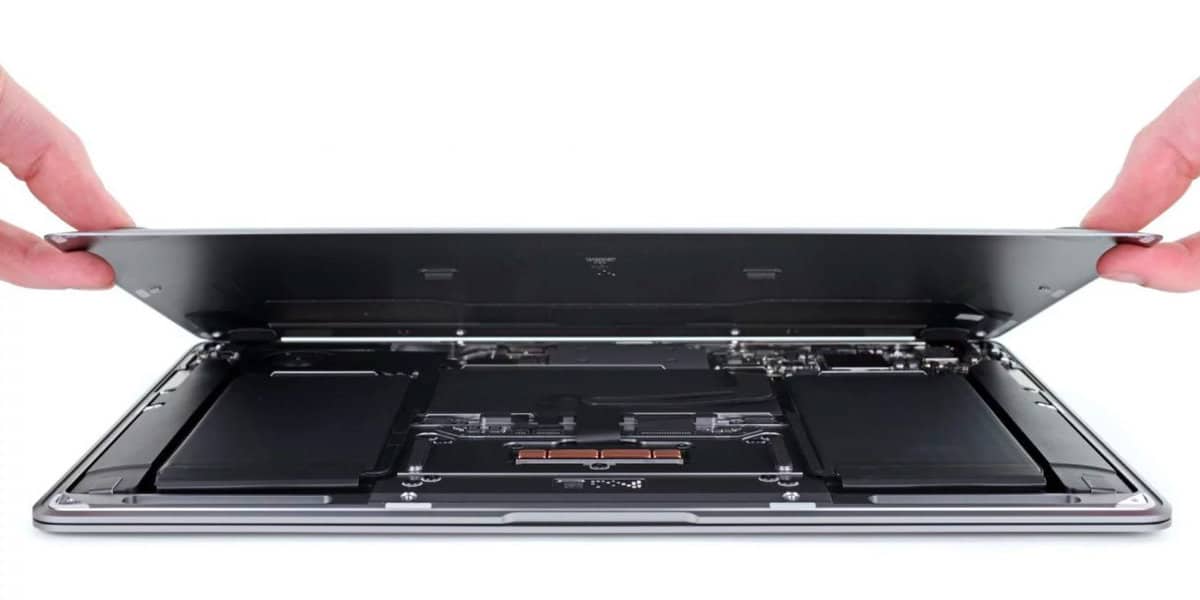 When i was little i loved disassemble the toys, to see how they worked inside. Scalextric cars were my weakness. Looking at the braids, cleaning the motor brushes, I was having a blast.

Apple has just released its new MacBook Air, and iFixit has already received a unit and they have disassembled it to see the famous scissor keyboard. They are sure to have a great time too. Let's see what they explain.

iFixit published today the result of the disassembly of a unit of the new MacBook Air which went on sale this week. The expectation is certainly to see the new keyboard inside.

The main notable novelty in the 2020 MacBook Air is its keyboard with scissor mechanism, an important update after the failure of the previous butterfly mechanism keyboard and that forced the company to promote a special repair program for said keyboard due to its continuous breakdowns.

This new key mechanism technology was first introduced in the 16-inch MacBook Pro only a few months ago, and seeing its good results, Apple plans to mount it on all its laptops as the models are renewed.

New heatsink and internal wiring. The SSD and RAM are still soldered.

This new keyboard only adds just half a millimeter of extra thickness to the body of the machine. The new MacBook Air it now measures 0,5mm. plus at its thickest point. Practically the same size is kept incorporating this new keyboard.

Aside from the new keyboard, iFixit has found a larger heatsink over the processor, and a new wiring system between the motherboard and the trackpad, to facilitate disassembly for repairs or battery replacement.

La battery It is exactly the same as its predecessor. The hard drive SSD and RAM they are still welded in the same way, and cannot be updated. On that Apple is not willing to compromise.

iFixit has scored the repairability of this new MacBook Air with a 4 10 onas it has faster access to trackpad and battery replacements, fans, speakers, and input and output ports. To change the keyboard, a complete disassembly of the unit must be done.