Chris Porritt's new addition to the engineering team can serve as a major boost for the Apple Car in which those of Cupertino have high hopes.

Chris Porritt signed by Apple for his project Apple Car

The one who was until very recently vice president of engineering at Tesla, and previously head of projects and design at Aston Martin has become the brand new addition to the apple company. Porritt will be part of the engineering and design team of the enigmatic «Titan Project"And like many of his ex-Tesla colleagues, he has been hired by Apple to give a strong" push "to the smart electric car project that the company has been working on for so long. 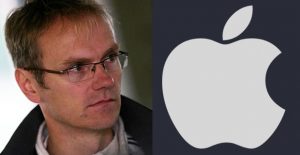 Once again, Apple is hunting for external talent and although most of the time, according to what they denounce in the development and construction company of electric vehicles Tesla, it does not do it in the most ethical way, it manages to treasure a new engineer thickened resume. And is that good Chris has stood out in his career in the world of car manufacturing, both at Aston Marin and Tesla, creating models of great beauty and technical performance. Apparently, more than enough merits to deserve a position in the group that develops the Apple Car, and in whose project many resources are being invested.

Personally, the cars manufactured by Aston Martin seem to me aesthetically the most beautiful on the market, including "James Bonds", and this commitment to exclusivity could have earned Chris a succulent offer from the Cupertino. As with all Apple products, before they are officially presented, there is a whole wave of rumors, possible prototypes, new features, etc., and with the Apple CarWe have been able to see not a few of the so-called "Apple cars" circulating in the form of stunning sports cars, or as ridiculous utility vehicles. At Applelizados we always trust the good taste of the company, and if we add wisdom and experience, we can only expect great results.

Full path to article: I'm from mac » Apple » News » Great signing for the development of the Apple Car